The numbers on your graphs are up and to the right.

Conversion rates at or above industry averages.

Revenue’s flat. Stagnating or declining even.

The problem is that those seemingly high conversion rates are a red herring. The sheer quantity of free trials or new leads looks enticing, seducing you with the promise of big numbers getting even bigger.

But in reality, the alluring illusion is sabotaging your results.

As an inexperienced marketing consultant years ago, I wanted to impress a new client by going above-and-beyond our agreed upon SEO scope; throwing in some badly needed landing page updates to skyrocket AdWords conversions.

It wouldn’t be that difficult. Page content was wordy and jargony. The number of form fields overwhelming.

Not to mention, we could improve the design, run a few quick iterative A/B tests, and start squeezing out more juice in no time.

And yet they said no. Polite, but firm.

This business had a consultative sales process. The consumers were educated, and it was a big-ticket item that wasn’t taken lightly. Their customers researched and needed a thorough education in most cases. And they had to want to purchase. Badly.

Otherwise the sale, even if it went through, wouldn’t be profitable or end well for either party.

In other words, it literally doesn’t matter what color the CTA button would have been in the grand scheme of things. And as a newbie, I lacked that context.

In fact, persisting with some landing page optimization tactics that are so common today, like throwing up an exit intent pop up to artificially boost lead conversion rates, would probably only do more harm than good in the long run – turning off would-be customers to get a few extra conversions fooled by impulse.

We’re taught to remove friction to increase conversions. And that’s true. It does. You can swiftly raise conversions 11% by removing a few form fields. Making it easier to convert, quicker, usually resulting in better numbers.

But in this case, they were right. I was wrong. (First time that’s happened, I swear.)

Because many times when you use misguided tactics to increase conversion rates, you’re effectively lowering the lead quality that’s getting through.

Software company Moz learned this lesson first hand when analyzing who their most profitable customers were.

They looked at the number of free to paid trial conversions, taking into account how the number of website visits correlated with loyalty metrics like churn.

The findings, recounted by founder Rand Fishkin in this Whiteboard Friday, were surprising.

For example, Moz customers that converted on only the first or second website visit “tend to leave early and often”. The customer loyalty is low, with reportedly “very high churn and low retention”.

Contrast that with their best customers. The ones who’re most loyal, sticking around longer to drive up that Lifetime Value of a Customer. The average is 8 website visits prior to signing up for their free trial.

And even if they visit 14-20 more times, “that loyalty keeps increasing”.

As you can imagine, the results weren’t what you’d expect.

They analyzed over 100,000 global companies, finding that most typically small results from A/B tests “don’t persist”, typically fizzling out over time for various reasons.

But the big news was the fact that a “CRO increase in quantity typically lowers quality”.

He went on to share data from a customer that shows as landing page conversions increased, the quality of Marketing Qualified Leads (you know, the peeps who’re most likely gonna give you some loot) declined. 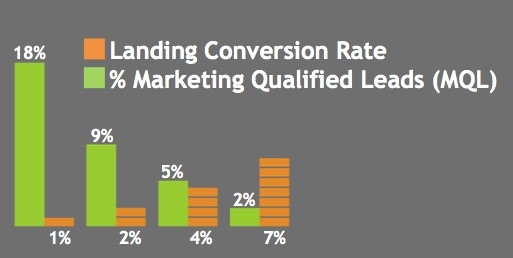 This isn’t an isolated event either.

It happens in other channels where short-term, aggressive tactics used to increase a leading indicator, only upsetting the delicate balance of each system, resulting in sacrificing long-term gains.

Who cares, right? As open rates have been notoriously unreliable for almost a decade. 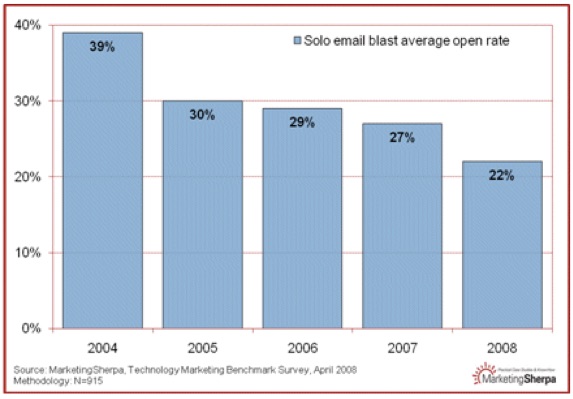 Well, it turns out, most clients and bosses do – that’s who.

So to overcome, you jack up volume. Even going so far as to resend the same campaigns to people who might have not opened the initial one.

But then, unsubscribes grow. People hate too many emails, with quantity or volume being amongst the primary complaint.

So let’s put it all out there.

Why do we obsess over tactical conversion rates? When the data shows, it can jeopardize the real goal (revenue)?

Here’s one thought, with a few ideas for ways to overcome.

Most clients and bosses have no idea what data-driven marketers do on a daily basis.

They get in, in theory. But they don’t understand it, in detail.

There’s a ton of nuance behind what drives what. And without a deeper understanding of how it all works, they lack the perspective. If you lack perspective, you gravitate towards surface level, easy to understand evidence.

That’s not a knock. It’s the reality of specialization. That’s why you drop a car off with the mechanic and let them figure out why that funny sound happens each time you start your car.

The better question, is how you should increase revenue from conversions without dangerously over-optimizing one thing at the expense of the bigger picture?

1. Value Prop Sucks? So Will Conversions

‘Product’ is one of the key, foundational elements of marketing. Has been for decades.

And that’s because Promotion and Distribution, or the stuff commonly called ‘marketing’ today, is heavily dependent on it.

A good product virtually sells itself. Like a boulder gathering momentum on a descent. Journalists jump at the chance to write about it. The rabid public quenches their starvation for this new widget in their life.

The value proposition is the way you communicate the most valuable aspect of your Product to a specific audience. Like a translation in their language to match their worldview.

It’s central to the MarketingExperiments’ conversion sequence heuristic, combining the four critical elements of Appeal, Exclusivity, Credibility and Clarity to explain why someone needs your thing.

And it’s one of the driving forces behind which offers are the most appealing.

Spend the bulk of your efforts here, focusing on how value prop changes (not page design changes) influence conversions, to get a more meaningful increase in sales.

The source or medium that delivers people to your website can tell you a lot about which customers need more friction and which need less.

Many times it tells you their ‘state of awareness’.

For example, people clicking on an AdWords link after typing in exactly what they’re looking for understand they have some need, but not brand awareness at this point. So they’re relatively cold, unfamiliar with who you are and why you’re credible or unique.

That’s OK for a simple, low-priced product or commodity purchase. That’s not OK for a high-touch product or intangible service.

Sending these visitors to a short-form landing page sans navigation would tank results. Similar to the Moz example earlier, they need a chance to look around. To browse. To become familiar. 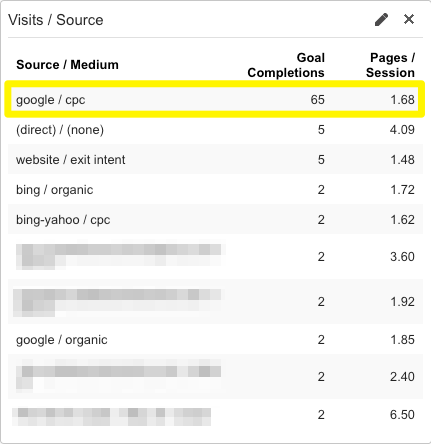 Additional methods such as retargeting and marketing automation can be brought into play in order to build up the necessary trust, knowledge and level of confidence in order to keep this customer around for awhile.

Now contrast that to people who’ve been on the receiving end of emails, social messages, and retargeting ads for a few weeks. They have had a chance to develop familiarity through retargeting ads, and trust through interacting with your other available offers.

In this case, a direct, no-BS approach that’s concise might work best. In this case, the less friction, the better (generally speaking).

In most cases, conversion tracking is technically set up properly.

A company has a rough idea of how many leads came in last month, and roughly which channels (or campaigns) drove them.

(This is bound to get a little more challenging with Google recently getting rid of converted clicks.) 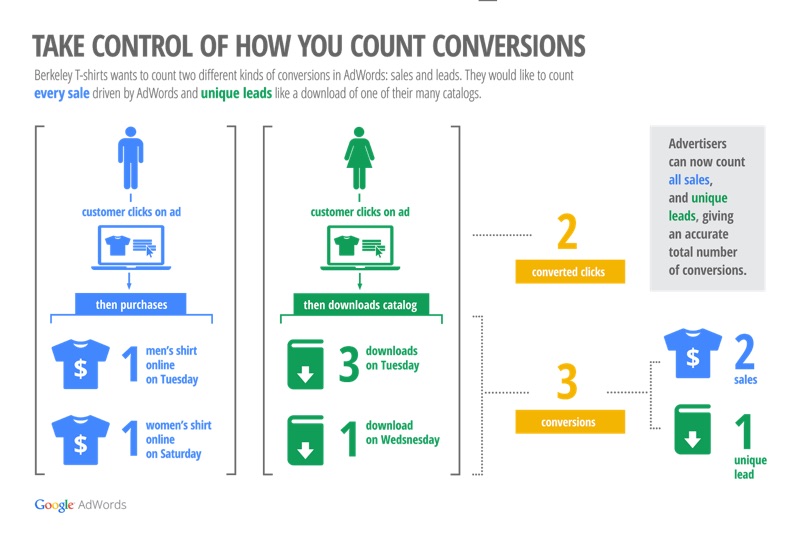 The problem is that outside of simple product sales, only a fraction of your leads are going to become actual customers.

Companies understand this in theory, yet still continue to make critical marketing and advertising decisions (like budget allocation) based on leads (and not customers) generated.

For example, let’s say Campaign A delivers 10 leads to Campaign B’s 3. At first blush, it gets priority (and money).

But how many of those leads become actual customers? What are the deal sizes or average transaction values for each? And how do those total revenue numbers for each campaign now stack up?

However factoring in the number of sales each campaign generates, not to mention total revenue, could conflict and tell a completely different story.

It also means you need a way to link actual customers (like John Smith) with revenue amounts ($5,000) against the channel or medium which delivered them (AdWords Campaign A) and the spend it took ($400).

If you’re not using an all-in-one CRM or marketing automation tool, try a simple free solution like LeadIn.

While you’ll have to do some manual data entry (boo!) to line up form conversions with what you’re seeing from other campaigns, it will help you begin to bridge the gap to discovering which marketing activities are resulting in the best ROI (yay!).

You have no business making any significant changes to a landing page until all of these other issues have been thoroughly reviewed first.

Especially when it’s something tactical and easy to understand like a page’s conversion rate.

But that rate doesn’t exist by itself.

Making it go up is easy. But doing so without sacrificing quality is hard.

If possible, start first by improving your offer, strategically adding friction or education, and setting up full funnel tracking to help you increase conversion (and revenue).

Making these changes with a deeper understanding that conversion rate increases will cascade down to lead quality will help make sure you’re not sacrificing results in the process. 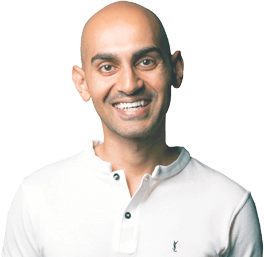 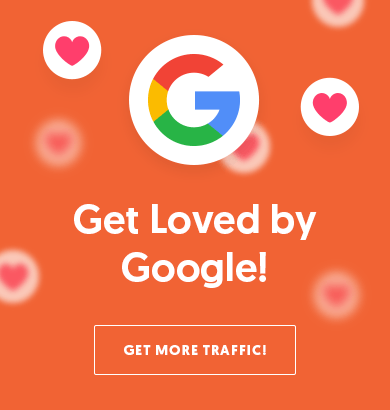